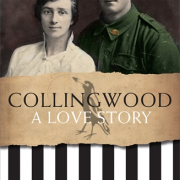 A multi-generational saga of football, love, war, forgiveness and, most critically, identityEvery year when Collingwood plays Essendon in the AFL's annual Anzac Day match, Collingwood president Eddie McGuire carries an old horseshoe into the team's changing rooms and passes it around. The players examine it as he relates the great footy club story behind it. It's early in the twentieth century and Doc Seddon, a Collingwood player, introduces his childhood sweetheart, Louie, to his dashing team mate, Paddy Rowan. Paddy sweeps Louie off her feet and they marry. But war intervenes. 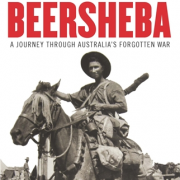 A Journey Through Australia's Forgotten War
Paul Daleys search for Beersheba takes him from Australia to Israel, from the battlefields to the archives, where he discovers a dark episode that sits at odds with the Anzac myth and legend.